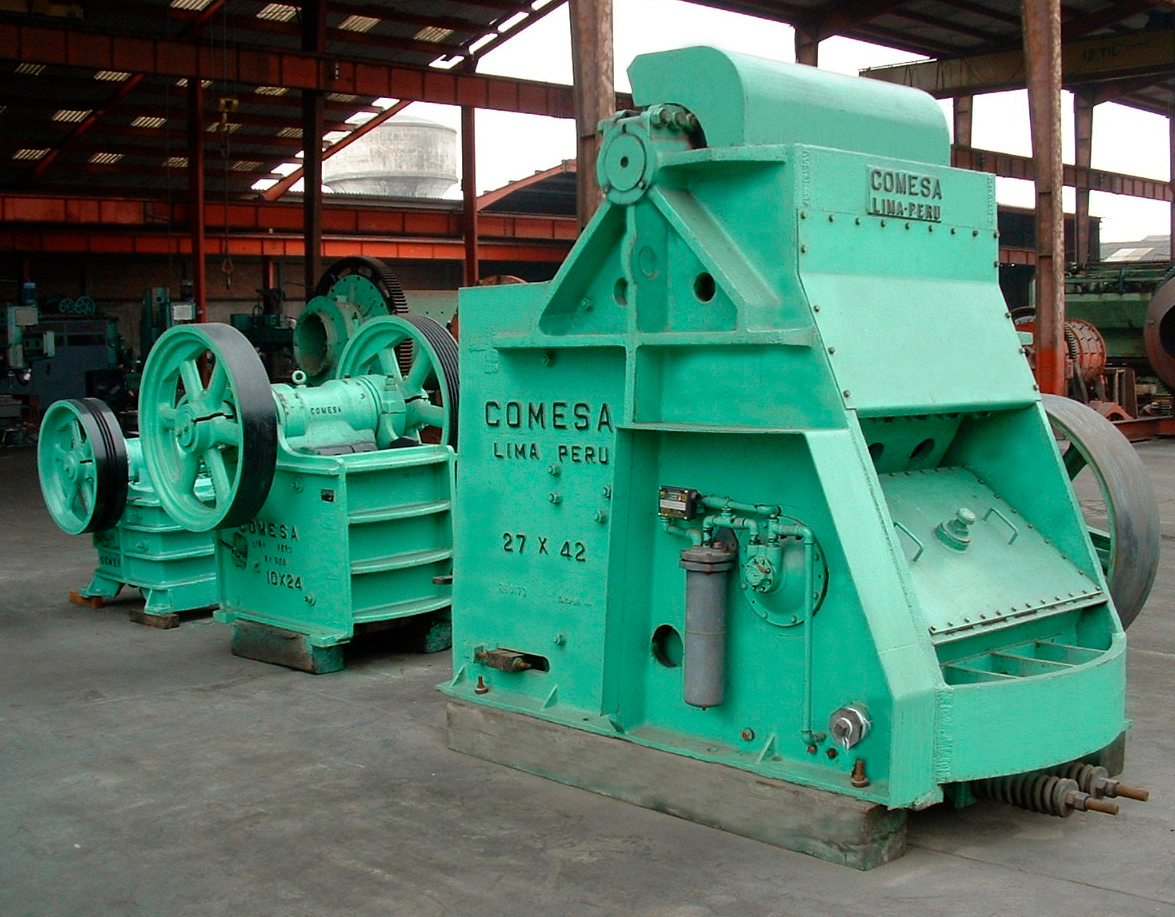 The jaw plates are manufactured with manganese austenitic iron due to their excellent tenacity characteristics and their good performance in abrasive conditions. The high manganese content within the alloys help stabilize the austenite even though high carbon levels are present.

Also, the addition of other elements for the alloy (such as molybdenum and silicon), facilitate thermal treatment and hardening by precipitated carbon formation in the austenitic matrix. Another way to increase the hardness of the manganese austenitic iron is the process of auto-hardening that can be accomplished by means of plastic deformation caused by the cyclical impacts that eventually transform their austenitic matrix into martensite.

These jaw plate components are manufactured in a wide range of designs that are selected according to their application and specific working conditions.

The jaw crushers are the most used machinery for mineral comminution processes, generally in metal and non-metal mining of medium scale. This is due to their low operation and maintenance costs including the ease in which they can be operated. The crushers are usually found in the early stages of the crushing process and obtain a very significant size reduction ( 4 to 1), depending on the physical and chemical characteristics of the processed minerals.

The jaw crushers are composed of a fixed jaw that is generally supported by the principal mainframe and another mobile plate that is fixed with a component known as Portaplaca that is ignited by an extreme mechanism that is responsible for the characteristic cyclical movement of the equipment.